We're bringing beavers back to Wales!

Beavers are known for their amazing ability to manage wetland habitats, breathing new life into them for the benefit of wildlife and people.

The Welsh Beaver Project has been investigating the feasibility of bringing wild beavers back to Wales since 2005. This work is being led by North Wales Wildlife Trust on behalf of all five Wildlife Trusts in Wales as part of our Living Landscapes strategy and we now hope to undertake a managed reintroduction to Wales. 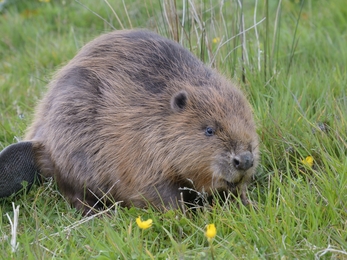 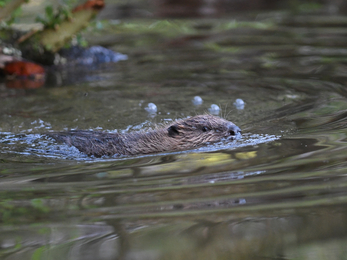 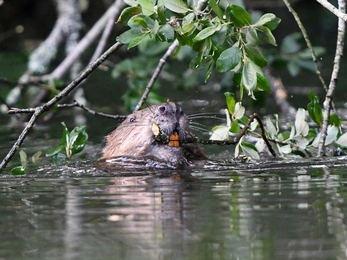 Beavers are known as nature's engineers. They make changes to their habitats which create diverse wetlands for other species to thrive.

Why are beavers important?

Beavers were once widespread across Wales, but due to over hunting by humans for their fur, meat and scent glands they became extinct after the Middle Ages and by the end of the 16th Century, they were extinct from the rest of Britain.

Beavers are very special animals because they play a vital role in enriching biodiversity, by restoring and managing river and wetland ecosystems. They are known as a ‘keystone species’ because their activities can benefit a wide range of other animals and plants that live in rivers and wetlands.

Beavers will be released into an enclosure at our Cors Dyfi Nature Reserve, where they will assist with habitat management on the reserve. Once the beavers have settled into their new home (and the reserve is open once again!) you will be able to visit.

Thank you to everyone who responded to the NRW consultation for the Cors Dyfi beaver enclosure; we are very grateful for all of your support.  We are really pleased to have been granted a licence for the release.

Show your support for Welsh beavers

Beavers are amazing creatures, we've got loads of information that we'd love to share with you... Facts about beavers, case studies and how we can learn to live with them again!

The Wildlife Trusts play a very important part in protecting our natural heritage. I would encourage anyone who cares about wildlife to join them.
Sir David Attenborough

Feasibility studies were undertaken in 2008 and we have recently submitted a licence application to Natural Resources Wales (NRW) for a managed reintroduction of beavers onto the River Dyfi. This will be a 5-year pilot to monitor the effects of beavers in the wild in Wales. We have established a Beaver Management Network as part of our proposals and this includes setting up a network of beaver volunteers who will be on-hand to deal with any problems caused by beavers so that we can all enjoy the benefits that beavers bring.

In due course there will be a public consultation led by NRW for people to have their say and hopefully beavers will be back in the Welsh landscape once again. We will keep you updated!