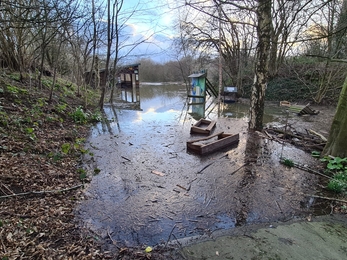 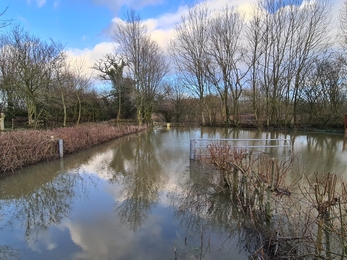 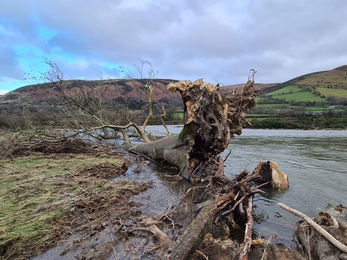 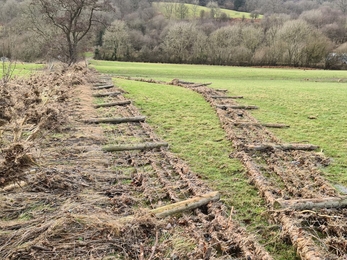 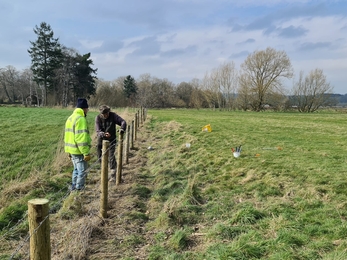 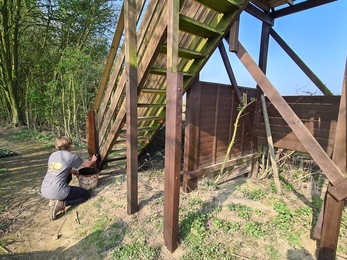 Coed Pendugwm - happily this lovely reserve is open once more to visitors, following the upgrading of the carpark. Just in time for spring, too!

Cwm Y Wydden – although this reserve is still not accessible to the public due to its tricky terrain and overgrown paths, it’s still an important wildlife site. Reserves Officer Rob Haigh and the volunteers have been hard at work here, clearing access paths to allow the MWT team to check bird and dormouse boxes later in the year.

Dolforwyn Woods – the volunteers have been doing coppicing work to ensure food source for the Hazel Dormice, as well as thinning small Beeches and felling dangerous trees along the bridleway.

Dolydd Hafren – it’s been necessary for our volunteers to remove dangerous trees near public access areas, as well as cutting back around car park and paths to allow access for contractors. Storms Dudley, Eunice and Franklin wreaked a lot of damage at Dolydd Hafren, but Rob and the volunteers grafted to repair fence lines, clear paths and collect rubbish that had been washed up by the river, as well as more recently doing repair work to the hides.

Llandinam Gravels – this river meadow reserve was probably the site of ours worst hit by recent storms and bad weather. While it is still open, please take care as it’s very muddy in places and could take until late April until all the damage has been put right.

Llanmerewig Glebe – the volunteers have been clearing overgrown scrub that’s encroaching on this hay meadow.

Llanymynech Rocks – in addition to the usual scrub clearance, Rob and the volunteers have been removing Ash trees which are displaying symptoms of Ash dieback for health and safety reasons.

Llyn Coed y Dinas – similar work to deal with Ash dieback has been taking place at this Welshpool reserve, along with scrub clearance, hedge cutting and installing a post and rail fence by the dipping pond. There were high water levels after February’s storms and floods.

Pwll Penarth – the volunteers did some work coppicing Willow, though their endeavours at laying Hazel hedge were stalled by fixing storm damage.

Red House – other than a pretty extensive clear-up job in the wake of a trio of strong storms, the volunteers have also been coppicing Hazel at this wetland mosaic reserve next door to the Montgomery Canal near Abermule.

Severn Farm Pond – flooding resulted in very high water levels at Severn Farm Pond, resulting in boardwalk damage. However, after months of work by volunteers, the MWT team and Wild Skills Wild Spaces participants who have taken up the old, unsafe and rotten wood, there's brand new boardwalk going down this spring.